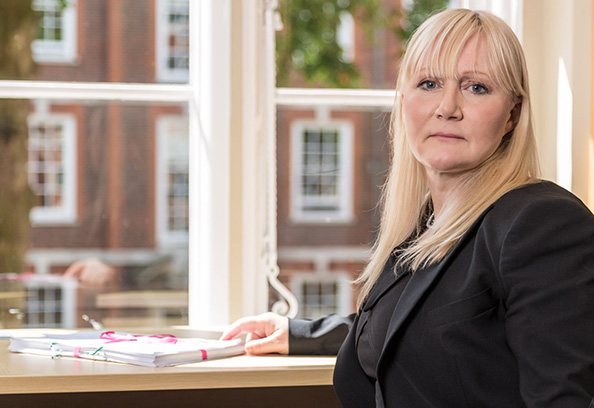 Practice Overview
Janet Mitchell is a highly experienced advocate with an extensive practice in all areas of public law relating to children.  Janet Mitchell has a formidable reputation for skilled and strong advocacy with a real commitment to achieving the best outcomes for her clients. She places high importance on researching and preparing each case with a great deal of attention to detail.

Janet Mitchell has a reputation for approaching both professional and lay clients in the same professional but empathetic manner ensuring that each one of her clients can be confident that they are being listened to and that they are getting the very best legal representation.

Janet Mitchell is regularly instructed through insurance companies on behalf of interveners such as nannies and nursery staff and other professional care workers who find themselves involved as alleged perpetrators of child abuse because of their hands on day-to-day care of children who are the subject of non-accidental injury allegations.

Her practice in the last 5 years has involved lengthy contested care hearings in respect of serious and complex allegations of child abuse which require careful and in-depth analysis of extensive medical evidence from clinicians and experts, hospitals records, accounts given by lay witnesses and parties and by reference to up- to-date medical and scientific research.