Four Brick Court is a leading set of chambers in the field of care proceedings.

We provide representation and advice in all areas of public law and accept instructions from all parties to care proceedings.

Members of chambers frequently appear in cases involving complex facts or legal argument at all levels of court. We are often instructed in lengthy fact-finding hearings or final hearings involving

Four Brick Court provides strong and effective representation and has an established reputation in representing local authorities and professional clients (such as children’s guardians) as well as parents and other family members in difficult circumstances. We are able to assist vulnerable clients who may require the assistance of the official solicitor or other support services.

We also advise and provide representation in related areas of law including press/media interest and injunctions to preserve anonymity in care proceedings.

Members have been involved in important landmark rulings within care proceedings including the 2008 House of Lords ruling concerning the standard or proof and cases in which the court considered the interaction between care proceedings, the England & Wales courts and children from abroad. Members were also involved in the highly publicised proceedings regarding the reliability of alcohol hair-strand testing.

Our clerking team are looking forward to helping you. 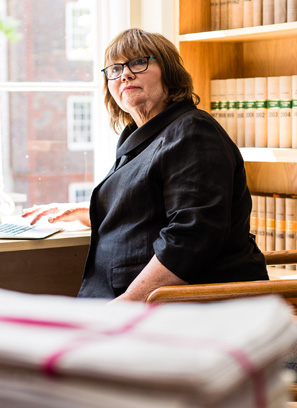